The Admiral Scaffolding Group is glad to announce that our charity cricket game between Lashing’s All-Star XI and the City of London Freemen’s School XI was a great success.

The day started early with Junior Net’s training. The children who attended had an unforgettable experience of near, one to one tuition with the professionals which included Monty Panesar.  Following the nets sessions there was a fantastic three course meal in the packed marquee which was set in the beautiful grounds of the City of London Freemen’s School and over looked by the impressive main building. Before the meal was served everyone got to greet the Lashing All Star team as they were introduced into the marquee one by one before joining their tables for lunch.

Once lunch had finished our Lashing’s hosts lead heads & tails, the raffle and a charity auction. All of these activities helped to raise funds for the Admiral Trust and our event partners; St Georges Kidney Patients, Uptown & The Worshipful Company of Constructors.

As with any cricket match the true result was the fact that the weather was on our side and the players managed to play all forty overs. The contest was played in true 20/20 style with some big hitting sixes from both sides and wickets being taken regularly. In a shock result the team with 11 ex or current international players managed to win but it was a very even contest and thoroughly enjoyed by all who attended. 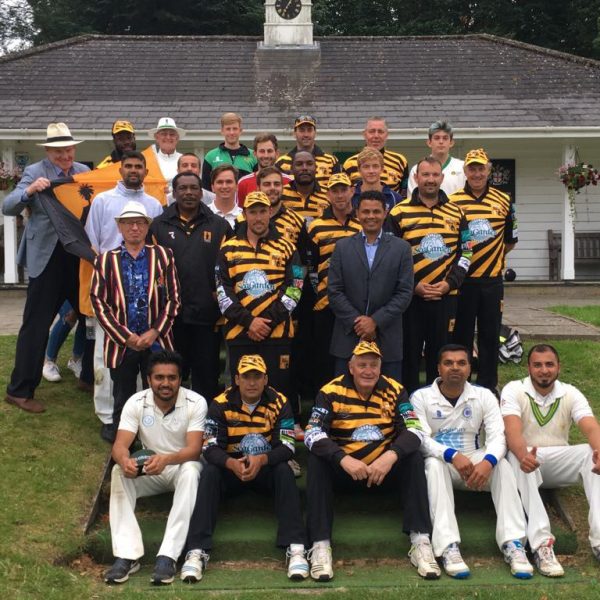